What Is Mount Kailash and Why Make It Your Next Tour Destination?

Every year, millions upon millions of Christians travel to Jerusalem. Similarly, millions of Hindus journey to the Vaishno Devi Temple in Jammu and Kashmir. Additionally, millions of Muslims sojourn to the holy site, Masjid al-Haram in Saudi Arabia. However, one of the most holy sites in the world, Mount Kailash, in Tibet, a site considered holy by believers across four major religions, barely receives a few thousand people per year. 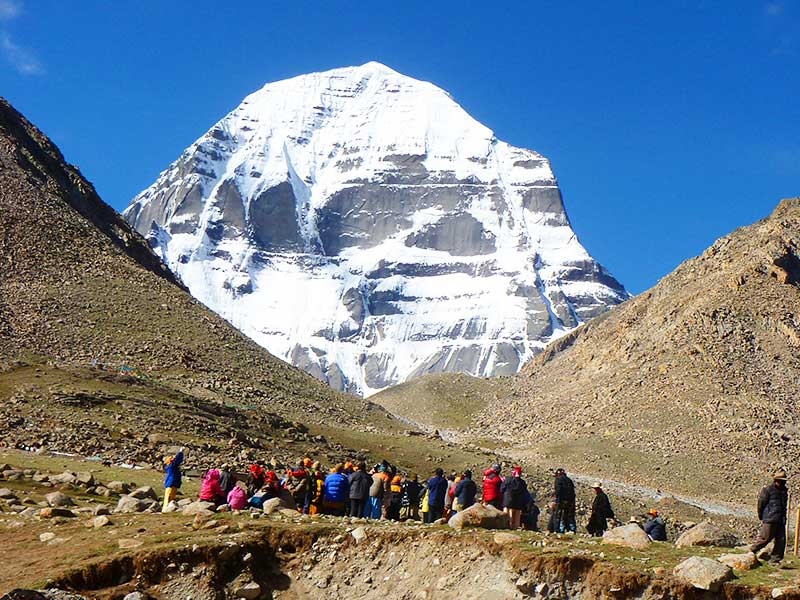 Of course, the other locales are tourism hubs. Although they might not be convenient to access, they are readily accessible. Conversely, modern vehicles, such as planes and buses, cannot reach Mount Kailash. Situated in some of the most remote land in Tibet, even Jeeps or all-terrain vehicles struggle over the terrain. In fact, people dedicated to completing the trek will travel for weeks, often on foot or burrow, to reach their destination. Once they reach it, eventually, they must return. Because travel to and from Mount Kailash involves narrow roads atop high cliffs and a good deal of travel on steep terrain, it is not surprising that only the most dedicated even set out in the first place.

Other, more sacred names of Mount Kailash include Kang Rinpoche, which means “Precious Jewel of Snow.” Buddhists recognize it as the holy location of the Wheel of Bliss, otherwise known as Demchock. For the Kailash, it is the destination that marks Rishaba’s liberation.

For Hindus, simply seeing this venerated mountain top washes away the sins of a lifetime. This cleansing results from the mountain being the home of Shiva, one of the prime deities in the Hindu religion.

Of course, the views are immense. For all practical purposes, one gets the top-of-the world views without having to ascend into the death zones of Everest. Nonetheless, one does not reach the grounds of Shiva with no effort expended. The views do not compare to the toll it takes on travelers. It wrings them of all other worries. All other priorities dissipate in the air where its difficult to discern breath from fog.

In addition to all its importance in world religions, travelers report a sense of peace upon their return. Indeed, one visits Mount Kailash not because of the beautiful scenery. They do not visit this holy site because of the local history and the rich culture, simple restaurants, and delicious food. They do not visit it because it provides an eight-week respite from more worldly lives.

Whatever reason a person should visit Mount Kailash exists on the inside–not on the outside. It is this impact that the mountain makes on each and every traveler that warrants it as your next annual destination. Walking on its soil, drinking melted snow beneath its shadow, sleeping with its peak ever in the nearing distance brings to believers a sense of something larger–much larger.

However, even non-believers recognize something odd happens on the way to this mountain and on the return. People of all beliefs experience a communion with humanity. Many different people, all of whom view the world in significantly different ways, intermingle with one another. Many of these travelers are bilingual, and many of the guides are interpreters. The result is an extended, peaceful journey with people that start out as strangers and end as brethren.

This remote land, towering 22,000 feet in the air, is made of black rock and capped in ice and snow. The shifting winds and the treacherous landscape serve as natural, common enemies, separating the followers from the Gods. During the journey, these enemies give rise to a sense of brotherhood that stems from sharing too much time and space with one another, amid harsh conditions. Throughout the millennia, Mount Kailash has not changed. The people who undertake a Mount Kailash pilgrimage tour to visit it, however, do change. What is more, that change is for the better. And it is permanent.

The Best Ski Resorts in Australia

Things to be considered while planning events in Singapore from India